1. Rugby Kommentator
2. “The people still talk about the great ‘95 campaign and the team were crowned as world champions, but if one look again at that try it’s something the people remember and for me personally it was an amazing incident when it happened,” said Hendriks on Wednesday when the team held a 20-year reunion at Ellis Park.
3. Pieter Hendriks ( Douglas , 13 April 1970 ) is a former rugby player at 15 South African , three-quarters wing world champion in 1995 with the Springbok .
Posted by Webmaster at 22:54 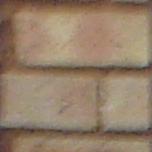